The Paris RER is a network consisting of 5 express train lines which connect Paris city center to surrounding suburbs. In the center of Paris, the RER acts as an express underground or subway and becomes a ground level commuter train beyond the city center.

We recommend getting a Paris Visite pass to travel around Paris. 1, 2, 3 or 5 consecutive days for zones 1-3 (inside Paris) or 1-5 (includes Versailles, Disneyland, and CDG, Orly airports). Unlimited travel on the metro, bus, and RER.

The map displays the Regional Express Network (RER – Réseau Express Régional) Stations – Courtesy of the RATP. You’ll notice that the RER map has a grid: “J to Q” horizontally and “9 to 16” vertically.

Below the RER Map, you’ll find the 231 RER stations listed with their grid coordinates. This will help you plan your trip and learn how the “Reseau Express Regional” train system works.

Each RER line is designated by:

The Direction you should take when you get on the RER is designated by:

Some trains have their terminus BEFORE the END of the line. RER lines have information boards on the platform that clearly show WHICH STOPS a train will make. Only get on a train for which YOUR STOP is indicated.

An example: If you get on at Gare du Nord (M11 on the grid map below) and want to travel to Charles de Gaulle Etoile (C3):

The frequency of the RER varies. More frequent IN PARIS, about every 3 to 5 minutes to 15 to 30 minutes as you get towards the outskirts of Ile de France. Frequency is highest during the morning (7h00 to 9h00) and evening (17h00 to 20h00) rush hours. A little less during daytime and the least at night and on Sundays. General running times are from 5h00 to 1h00 (that’s 1 am).

The RER prices WITHIN PARIS are identical to the Metro. In other words, you can go directly from the Etoile to the Gare de Lyon in a few minutes with one metro ticket on the RER (you could even precede and/or prolong this trip on the metro or even another RER line so long as you do NOT leave the underground train system).

If you go BEYOND PARIS intra-muros then there are special rates on the RER. This obviously depends on how far you intend to travel. Automatic ticket machines or a ticket counter can give you the exact price and sell you a ticket.

P.S. Remember you can get a special Paris RER and Metro Pass called Paris Visite. It is perfect for visiting Paris and its regions and gives you access to the buses the Metro and the RER within Paris plus a number of reduced price and free entertaining bonuses.

Now you’re ready to explore Paris and the Suburbs. Frankl,y the RER coupled with the Metro is the quickest way to get around. 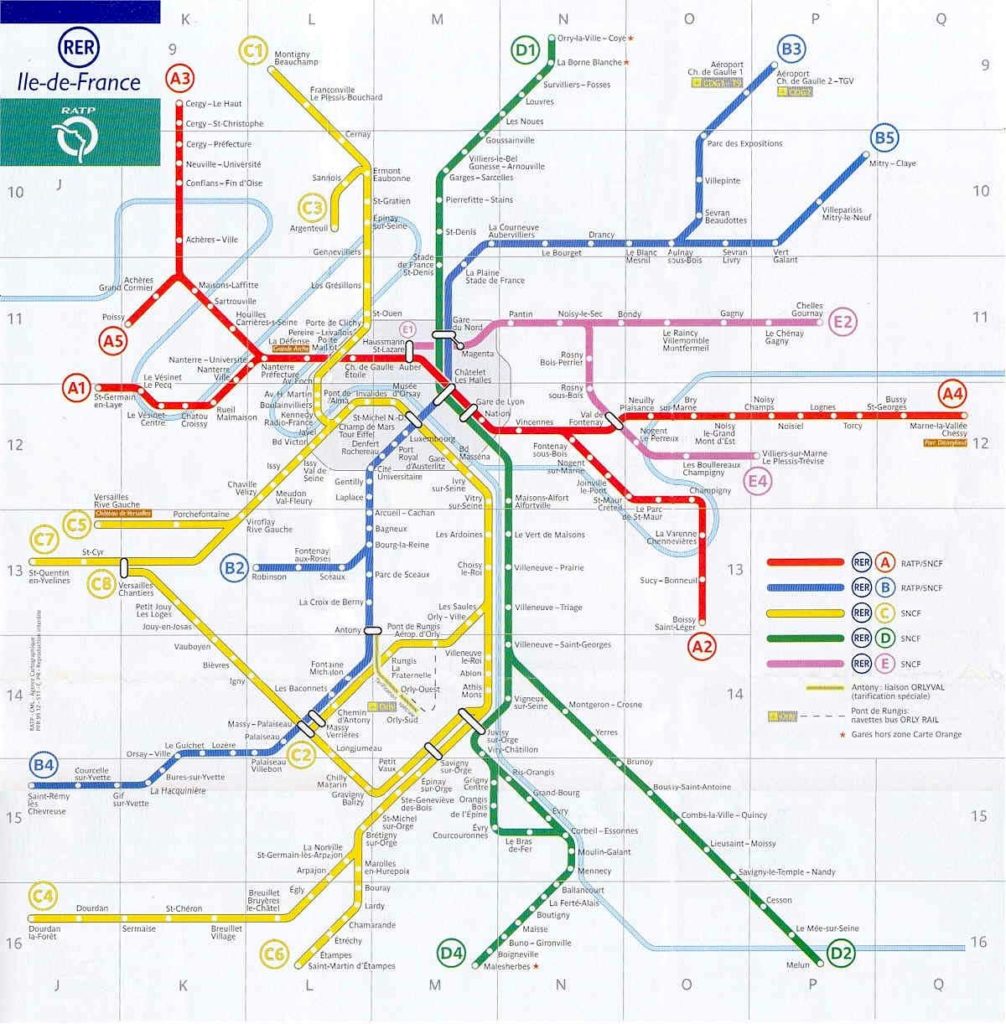 Sorry, no tourism or travel suppliers are registered yet for this service at this destination. Please adjust your search criteria, try something nearby. You can also change the category to Travel, Lodging, Attractions... or go to the homepage map and categories for other options.